Yup. You read that right. English Canada straight-up murdered a bunch of puppies until the breed became one of the rarest in North America. 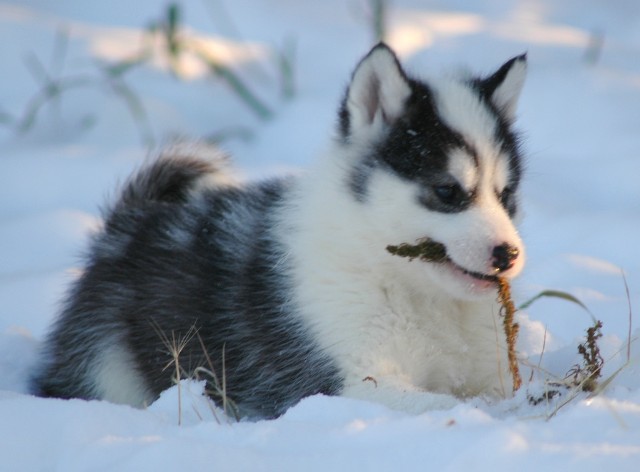 That adorable little booger up there is a Qimmiq puppy. Qimmiq is the Inuit name for the Canadian Eskimo Dog, which the RCMP slaughtered ostensibly for health reasons from the 1920s to the 1970s. Never mind that Canada’s most notable interactions with the Inuit during the RCMP’s dog-killing days included separating families and sending some members to die in exile miles north for the noble cause of “asserting Canadian sovereignty” and the removal of last names and their replacement with disc numbers. This time Canada meant only the best when they killed anywhere between 1,200 and 12,000 Qimmiit’.

For some reason, Inuit elders took the obliteration of one of their most beloved companions and an essential part of Inuit transportation (dog sledding tends to require, you know, dogs) rather poorly. The Inuit accuse Ottawa of using the murder of dogs as an intimidation tactic and as a way to foster dependency on Ottawa. I certainly suspect that murdering their dogs is a pretty damn good way to say that you mean business. Remember the really fucking disturbing horse-head in the bed scene in the Godfather? Do you know why Tom Hagen had the stallion’s head put in Woltz’s bed? Because murdering animals that people are close to is fucking intimidating as fucking shit.

The RCMP, for their part, maintain that the dogs were a public safety hazard and that they simply had to be put down. They didn’t explain it to the victims and the Inuit had no recourse. Oh, and Ottawa was fine with fulfilling the sort of cartoonish villainy typically reserved for a twisted version Dr. Claw from Inspector Gadget and if it wasn’t for the Catholic Church and the territory of Nunavut the species could well be completely gone.

You didn’t think Canada would do a good job at anything, did you? In this case, Canada’s uselessness worked well in this context because the RCMP failed to fully exterminate the Qimmiq. That hasn’t stopped Canada from revising history to blame the Inuit for the extinction of the species – note that “this iconic animal has been squeezed to the sidelines by settlements and snowmobiles and a changing way of life” neglects to add “oh, and the RCMP straight-up shot a ton of them with no oversight and often flagrantly ignoring what few rules even existed. That was probably a bad call too”.

A dude named Brian Ladoon, on orders from Bishop Omer Alfred Robidoux, has the largest stock of Qimmiq genetics on Earth and has basically ensured that the species can continue without fear of inbreeding. This one guy has more to show for his work than the government agency started in 1972 for the purpose. Good fucking job, Canada – you can’t successfully slaughter a bunch of fucking puppies, and you fucking suck at rehabing them when you finally stop playing Comic Book Supervillain and realize that gunning dogs down is probably a bit fucking low.

The RCMP: shitty part-time spies, ineffective police, and failed puppy murderers. Clearly the sort of all-Canadian institution that you want to sell as a tourist attraction!